Question: Now that we are on Daylight Saving Time, how can we pray the evening prayer while it is still light outside?

Answer: Many communities choose to begin Shabbat early in the summer months. This is usually done in order to allow for the Shabbat meal to begin at an earlier hour and for the younger children to experience the Shabbat meal and atmosphere, as well.

By praying the Minha (afternoon prayer) before "Pelag Haminha," (a time which is 1¼ halakhic hours before sunset), it is permitted to pray arvit and accept the Shabbat any time after it. (A halakhic hour is the total number of daylight hours x5. E.g. if sunrise is 7am and sunset is 8pm there are 13 daylight hours. Each halakhic hour would be 13x5 = 65 minutes). This is especially convenient for us where nightfall in the summer months is quite late; and without this convenience, Friday night dinner wouldn't start before 10:00 pm.

What’s the source for praying early?

The exact times when the Minha and Arvit services are to be prayed is a subject of disagreement between the Mishnaic sages and is mentioned in the talmud (Masekhet Berakhot 27a). Rabbi Yehuda maintained that Minha can be prayed (from one half hour after midday) until 1¼ hours before sunset. His rabbinic colleagues argued that one may say the Minha prayers until the end of the day i.e. until shekiah (sunset).

According to the rabbis, the Minha prayer was instituted in correspondence with the afternoon communal sacrifice, which technically may be offered as long as it was day. Rabbi Yehuda contended that Minha corresponds to the offering of the incense, which was offered at least 1¼ hours before sunset.

The Arvit prayer directly follows Minha. So according to the rabbis Arvit must wait until nightfall, while Rabbi Yehuda holds that Arvit may be prayed any time after the Pelag Haminha. 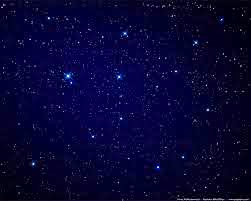 Care should be taken to ensure that minha is said before pelag. However, in a case where a minyan can only be arranged by having minha after pelag and arvit before sunset it is still nonetheless valid but far from ideal see Mishna Berura (O.H 233:11). However, the Kaf Hahaim (O.H. 233:12) writes that nowadays we are lenient with this matter and pray minha after pelag haminha and arvit at the same time and even though it relies on two lenient opinions that contradict each other it is ok as the great Rishonim the Rosh and Rabbeinu Tam allowed it.

Although we pray arvit before nightfall, the Shema must be repeated after the stars come out. For a more detailed halakhic analysis see Rabbi Mansour's piece here.

A couple Dos and Don'ts

Don't light candles before pelag - It is too early and would constitute a berakha levatala - a berakha in vain. (There are some communities who live in the far north who can bring it in earlier but that is not the minhag for the vast majority of the world)