Mikveh - Why is it so important to support it?

Why should I support the mikveh?

Having a mikveh in the Jewish community is a fundamental prerequisite that is so essential that it even takes priority over building a synagogue. However, since most people don't talk about the mikveh in the same terms as schools and synagogues its importance gets minimized. In this short blog I'd like to draw your attention to the significance and relevance of having a mikveh and also how you can support the Seattle Mikveh located in Seward Park.

Ritual immersion is an essential part of Jewish law and is as significant as observing Shabbat and eating Kosher food. Immersion in a mikveh is an act required by Jewish law: for converts to Judaism, for brides, for women observing niddah and after childbirth. We also immerse new utensils used for eating and cooking foods but that is done in a separate mikveh - called a mikveh keilim.

I would write in length about debunking the myths about mikvaot, or why women should make it a priority to go, but there are wonderful websites that we all can read which have this information. Instead I will recommend just a couple of links from the website mikvah.org. The first is a video clip on the centrality of the mikveh. Please click here for the link. The second link is on a number of great articles about mikvaot, click here to read more.

Finally, our Seattle Mikveh housed in the BCMH compound is having its annual fundraiser on February 21st. I would encourage women to attend the event as well as community organizations to financially support our mikveh. There are constant costs with a mikveh to keep it in line with halakha and providing women with the opportunity to immerse privately and with dignity in the 21st Century following in the footsteps of our mothers for over 3000 years.

Checks should be made payable to Seattle Mikvah Association and sent to BCMH or to Sharon Adatto. 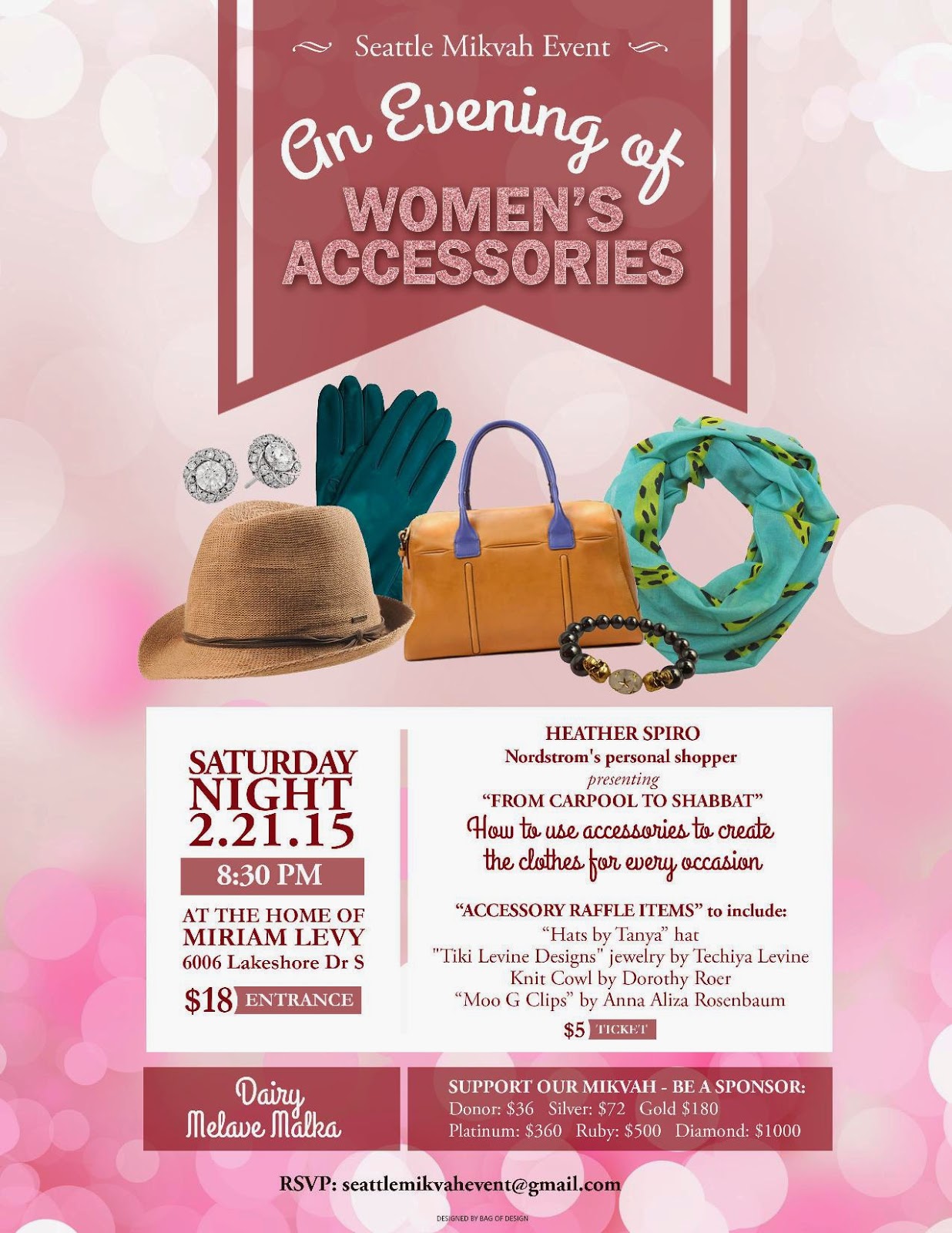