Questions: Why in the Diaspora do we start praying for rain on the 4th December (and the 5th December when preceding a Leap Year)? Why not follow the Hebrew calendar? Why is it different to the practice in Israel? How is the prayer Veten tal Umatar different to Mashiv Haruach Umorid Hageshem?


Answer: Several readers have asked me to address the question of what's VeTen Tal Umatar all about. I will attempt to explain how things started. 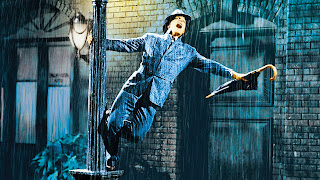 Mashiv Haruach Umorid Hageshem is acknowledging that Hashem has the power to bring rain. However, it is not asking for Hashem to bring rain. That is why it is found in the first 3 berakhot of the Amidah where we acknowledge Hashem's greatness. Whereas Veten Tal Umatar is found in the 9th Berakha in the middle of us asking for our needs. In this case our need for rain for the crops in our land.

The reason why we don't start on the 7th Heshvan like in Israel is because we aren't asking for rain in Israel only, we are actually mainly asking for rain in our home location. I find this fascinating as 1) I always assumed that all our weather tefillot were only for Israel and 2) since I lived in Manchester for 20 years and now live in Seattle the idea of needing to ask for rain is crazy!

So looking a bit deeper in the gemara (Masekhet Taanit 10a) the Hakhamim declared the 7th of Heshvan as the date to start in Israel. This was 2 weeks after those visiting for the Holidays could go home before the roads would turn to a muddy mess.

The gemara then goes on to explain that in Babylon where most of the Jews were living at the time there was no need to ask for rain till 60 days after the fall equinox corresponding to the start of the rainy season there.

Despite objection of individual rabbis, this became the dominant position that all Diaspora communities start asking for rain on this date which corresponds to the 4th December (and the 5th December when preceding a Leap Year). This law thus represents a unique case in which some places mark the civil calendar date, while others use the Jewish calendar.

We start saying the prayer at Arvit on the 4th December (and the 5th December when preceding a Leap Year). We finish saying this prayer at the minha before Pesah.
Posted by askrabbihassan at 10:42