This year we are in the middle of a Shana Meuberet - a Jewish Leap Year. A Jewish leap year doesn't just have an extra day every 4 years it has a whole extra month every 3 years. Or to be more precise 7 times every 19 years. There are two months of Adar. With Purim celebrated in the 2nd Adar since there has to be 30 days between Purim and Pesach.

A person born on a gregorian leap year (February 29th) can celebrate their birthday on either February 28th or March 1st. But in our calendar with a whole month difference the question arises in a which Adar do we celebrate birthdays on? Adar Aleph or Adar Sheni? On which month are Bar and Bat Mitzvahs celebrated? On which month are meldado/yarhrtzeits commemorated?

I'm personally interested in the question as I was born in a regular year. Do I celebrate in Adar RIshon, Adar Sheni or both? According to most halakhic authorities you can celebrate both dates in Adar although some say just Adar Bet. For someone born in a leap year E.g. 12th  of Adar Sheni they would celebrate their birthday on the 12th of a regular Adar in a non-leap year. My Hebrew birthday is today 23rd Adar Rishon and in case you miss it, it's also on 23rd Adar Sheni.

But the real question is not birthdays but Bar and Bat Mitzvahs. At what age are they halakhically considered adult men and women and obligated in Mtzva observance? At what date does a boy count for a minyan?

There are three possible scenarios:- 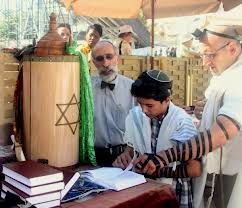 For Meldados and Yahrtzeits the Sephardic custom based on Maran is to commemorate on Adar Sheni whereas the Ashkenazic custom is to commemorate Adar Rishon. The Vilna Gaon holds that one should commemorate in both Adars. (For more information see Shulkhan Arukh O.C. 568:7 Maran and Rema there as well as this very good piece on VBM.

The custom at SBH is if the person passed away in Adar Rishon the Meldado is in Adar RIshon but if a person passed a way in a regular Adar the meldado is commemorated in Adar Sheni of a leap year. Which is why this past month there have been very few meldados.
Posted by askrabbihassan at 11:40 2 comments:

The subject of the blog this week is all about the significance of writing God's names in English. If those pages need to be put into geniza (colloquially known as shaimos or shemot) or whether they can be discarded in recycling. It actually touches on a much larger topic of what Torah sheets can and cannot be thrown out. What about Parasha sheets or handouts from a lecture or shiur?

Firstly I'd like to state there is no holiness in the English language. Therefore if I write Lord or any other of God's names there is no significance the only issue is when I write Hashem's name in Hebrew.

Everyone agrees that old Sifrei Torah, mezuzot, tefillin and megillot all require proper burial but when it comes to hand outs which don't carry Hashem's name there are two main schools of thought. 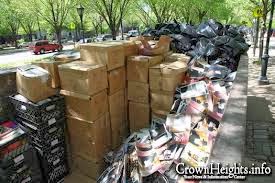 Some take a very strict position on the matter and include almost everything that ever had a letter of Torah on it needs to go in geniza. Which would mean all the Jewish Studies materials at school or at a synagogue that were given out and learned would require geniza. This would lead to literally mountains of papers that would accumulate in every Jewish institution. See here for an answer that required all of a student's Jewish studies notes for a semester to be put in geniza. Basically his conclusion was anything that one learns Torah from requires being put into geniza.

Rabbi Riskin answers differently. "With the proliferation of weekly Parashat Hashavua pamphlets that are distributed, and so much material available in general relating to Jewish religious topics, we are at our wits end as to what to do with these divrei torah. What can we respectfully throw away, and what must we put into the geniza?
The only written material which must absolutely be kept or put into a proper geniza is material which has one of the seven names of God: YHVH, EL, ELOHIM, ELOAH, YH, SHADDAI , TZVAOT. These names cannot be erased when written out in their full Hebrew form and in Hebrew letters. Anything else may respectfully be disposed of. Other names in Hebrew - such as "Rahum" - are considered descriptive terms for God rather than Divine names; similarly, the English word "God" is at best a descriptive term, since it is based on an English rather than a Hebrew noun." 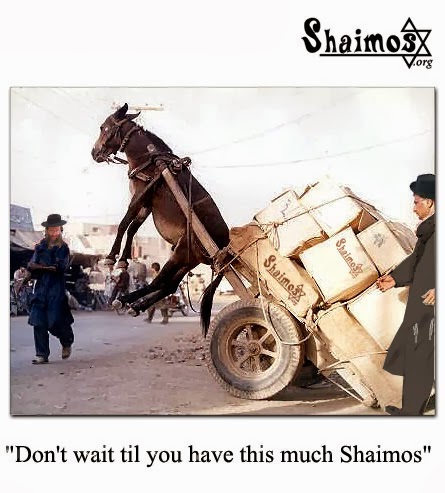 So anything written in English including God's 7 names can be placed in an envelope and put in recycling. Regular source sheets that do not have one of Hashem's names written in full and in Hebrew need to be respectfully wrapped up before being recycled. Any source sheets that I give out will not have Hashem's name in and so can be respectfully recycled.

For practical geniza disposal. You can bring your geniza to SBH or contact a member of the Sephardic Brotherhood.
Posted by askrabbihassan at 10:00 No comments:

Admitting When You're Wrong and Winning With Class

I've been thinking over the last couple of days about blogging. So far my blog has reached a large number of readers from a wide range of backgrounds. I don't spend too much time thinking about the blogs before I write them, I either answer someone's question to the best of my ability or I blog about something going on at that moment. I'm quite proud of how the blog has gone so far but it also puts a little pressure on. When I cover a topic I can't leave people with the wrong conclusions. 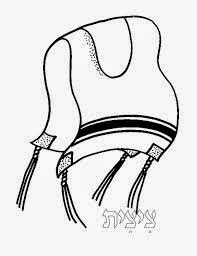 For example, a couple of weeks ago I blogged about tzitzit. I thought it was a clearly articulated article explaining the basic ins and outs of the garment. However, I think I left out one important concept. Not do I need to wear tzitzit but should I wear tzitzit. Technically men only need to wear tzitzit if they are wearing a four cornered garment but the spirit of the mitzvah and the way today religious Jewish men all over the world act is to always wear tzitzit and that is something that men should be trying to do and something that their sons should be encouraged to do so.

I'm the first person to say and I want to state this publicly if you are uncomfortable about a sermon I've said, a shiur I've given or a blog or article I've written please tell me, call me or send me an email. I'm not perfect and I make mistakes, if you have something constructive to say please let me know and together we can move forward.

I was caught up all last week with the build up to the Super Bowl and I wasn't disappointed last night! What a result, although for the neutrals it might have been disappointing not to see a closer game. I've been caught up in the spirit of the city. This wasn't just for the Seahawks, this was for the whole of Seattle. People who never watch football were glued to their TVs, surrounded by friends and family willing their team on.

I was so pleased to see that after this game, there was no trash talking from the players. The Broncos didn't play well and the Seahawk players were courteous and said nothing about it. There was no repeat of Richard Sherman calling out Michael Crabtree. This time the Seahawks got the message. Sherman actually took the time to praise Peyton Manning. Sherman realized what he did two weeks ago was wrong. He understood that it's more important to win graciously than anything else. That was Sherman's redemptive moment. He won and he knew he didn't need to degrade the other team. They felt awful already.

When I went on facebook last night there were so many posts all about the Hawks. Everyone was so elated! But a few hours later I started seeing posts poking fun of the Broncos players especially about Peyton Manning choking on the biggest stage once again. I thought it really missed the opportunity. Being happy with our collective success in Seattle should be enough. There is never a need to feel success by making fun of another person, team, town or country. Last night we won with class, we shouldn't ruin it by talking about other things.

My this be the first of many Super bowls! May we show the world how to win with class! Go Hawks!
Posted by askrabbihassan at 09:26 No comments: