Sephardic Practices During the Omer

A lot of people have been asking me to write a blog about Sephardic practices during the omer.

But before I do that I think it is important to talk about the original point of the omer period. Originally the Jewish people were commanded to count from the day after leaving Egypt (the 2nd day of Pesah) to the day that they received the Torah (Shavuot). The 49 days in between were supposed to be a happy time and a spiritually uplifting one too. As we went from being physically free from Egypt to the ultimate goal of receiving the Torah from God on Mount Sinai. 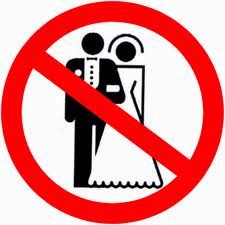 We still count the Omer and look forward to Shavuot but how did it become a time of semi-mourning? The Talmud (Yevamot 62b) tells us that Rabbi Akiva had 12,000 pairs of students and all of them died in one period of time because they did not conduct themselves with respect towards one another. They all died between Pesah and Shavuot.

Rav Yosef Caro (O.H. 493:1) writes that we have become accustomed for the first 33 days of the omer not to have weddings because of the students of Rabbi Akiva who died, however it is permitted to get engaged. In the very next paragraph (O.H. 493:2) he writes that haircuts are forbidden until the 34th day of the omer in the morning since that is when the students stopped dying.

Rav Moshe Isserles notes (O.H. 493:2) that the Ashkenazic practice is to permit haircuts on the 33rd night which means Ashkenazim can have haircuts about a day and a half before Sephardim. He also adds that if there is Berit Milah the father of the baby, the sandak and the mohel can all have haircuts for the occasion. Rav Ovadiah Yosef notes that women are not included in the custom of abstaining from haircuts but if they wish they can be strict on themselves and refrain from haircuts.

Shaving is not explicitly mentioned in the Shulkhan Arukh but it is implied with the hair cutting. Rav Ovadiah Yosef writes those who are truly God fearing customarily abstain from shaving their beard during the Omer period as well. However, there are those who rule leniently for individuals who are truly distressed as a result of not shaving their beard, for the Radbaz writes regarding such matters which are not actual obligations as a result of an edict of our Sages and is merely a custom, in a case of such distress, there is room for leniency. Nevertheless, it is indeed correct and proper to follow this custom which was observed by our ancestors for many generations with regards to refraining from shaving one’s beard during the Omer period. 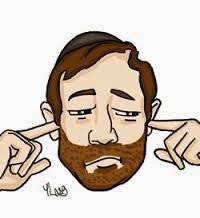 I don't shave until the 34th day of the omer (except for before Yom Ha'azmaut but I'll write more about that next week.) Many people rely on a leniency to shave for work as they cannot look scruffy which is certainly permitted. Others follow the custom to shave every Friday evening in honor of Shabbat. When it comes to trimming a beard and mustache, if it interferes with eating it is permitted and if it becomes very uncomfortable there is room to be lenient. I was also asked about a man dyeing his hair during the omer and that one is worthy of its own blog piece so I will wait on that one. But the question is more if a man can dye his hair at all. 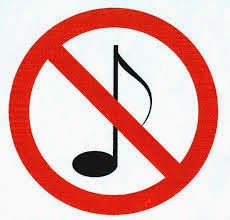 During this period it is customary to avoid listening to live music like going to concerts. Some halakhic decisors include recorded music as being forbidden too, but I have always acted leniently on this matter. Live music is permitted on Lag La'omer itself (more to come on this event too).

We are also accustomed not to wear any new clothes that require a shehekheyanu berakha. So a new undershirt can be worn during this period without concern. Similarly shoes made of leather can do not get a shehekheyanu so they could be worn in this time period too but preferably should wear them for Shabbat. Otherwise new items should be avoided during this time.

During this time period of semi-mourning we should use it to work on our relationships and try and treat all of those around us with honor and dignity at all times.

Posted by askrabbihassan at 14:52 3 comments: 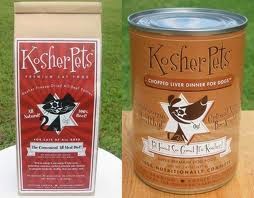 It's that time of the year again when I get the following questions. Does butter really need to be kosher for Passover? Do my dogs really need to have non-hametz dog food? Is it true that I need to boil my candle sticks for Pesah use?

Many people suffer from Pesah neuroses. I do too for example the word is Pesah not Paysach. There is a segol under the letter פ so it can only be Pesah. But I understand that some things will not be able to be changed. And that's just one word that I can't stand.

But I'm not referring to that or even to the pathological fear of kitniyot. I'm talking about the need for absolutely everything in the house to be boiled or blow torched and every item must have a KLP - kosher for Pesah symbol on it.

Well the truth is that when it comes to kashering of things for Pesah not everything needs boiling water and certainly no blow torching is required. Candle sticks which are placed on the Shabbat table do not need to be immersed in boiling water. Even kiddush cups only need to be cleaned and polished since they were only drunk when cold and only wine or grape juice went into it. You don't need a new kettle for Pesah it only boils water but you do need to clean the outside of it.

The stove top is kashered by pouring boiling water over it as are the sinks and the bench tops. For the burners themselves clean thoroughly and turn on highest setting for 15 minutes. For the oven if it's self cleaning just run the cycle and you are good to go. If it isn't clean it with an oven cleaner and then leave it for 24 hours then put it on it's highest setting for 1 hour. For dishwashers run it through unused with soap and it is fine to use for Pesah. For tables just cover with freshly laundered tablecloths. Replace table covers if they have food stains on them.

Now for food products remember Pesah is only 8 days. All you really need is matza, wine/grape juice, meat, dairy products, fruits and vegetables. There are many things that are available on the Seattle Vaad list. It is very comprehensive and has many things for Sephardim to buy. For any specific question on food products just let me know.

On medicines, any tablet pill that has no taste is permitted on Pesah e.g. blood pressure medication. Any medication that is a liquid or has a sweet coating should be sold for Pesah. If there is a real need please call me directly.

Just one small note on pet food. All kashrut agencies recommend the purchase of pet food which is hametz free. Not because the animals need it but because we cannot own hametz even hametz which only a dog would eat.

Wishing you all a wonderful Pesah and hopefully not too stressful a time in the lead up.
Posted by askrabbihassan at 11:16 1 comment: