In today's synagogues there are more and more choices of whiskies available at kiddushim. For many the mark of a good kiddush is the amount of varieties of single malt whiskey available. Many take for granted the kashrut status of these whiskies thinking all whiskies are kosher.

Are all whiskies kosher? Well like most things it depends. Some are fully under rabbinic supervision, some are recommended and some are not recommended. The cRc - Chicago Rabbinical Council does not recommend all whiskies, including many whiskies that a lot of us have in our liquor cabinets. The cRc writes "many scotches are aged in casks that previously held sherry, sauterne, port or other wines. Others have special 'finishes' or multiple 'maturations' that include wine. All of these raise kashrut concerns. The cRc policy is that scotch is permitted unless the label states that it is aged in a wine cask, has a special finish or an extra maturation." To see the cRc stance in more detail please click here.

The OU - the Orthodox Union, has a very different policy based on the halakhic ruling of Rav Moshe Feinstein. 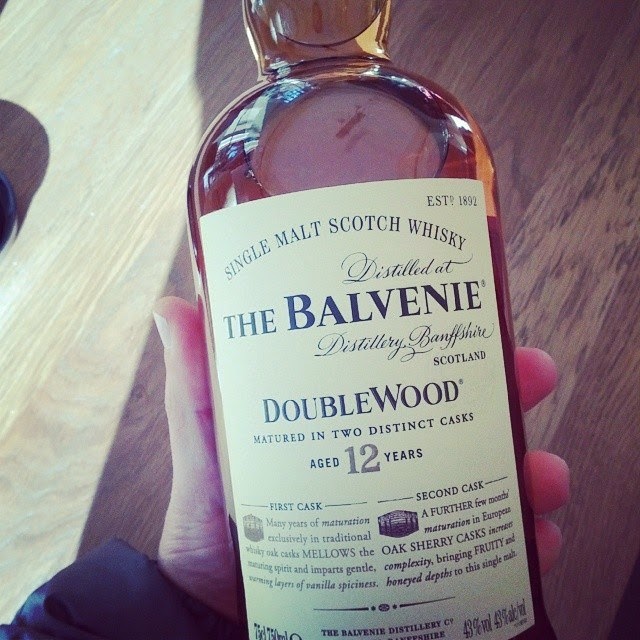 "There is a well-known dispute among the posekim concerning the exact point at which non-kosher wine is batul (nullified). Some contend that in order for the non-kosher wine to be nullified, the non-kosher to kosher ratio must be one to six; others contend that it must be one to sixty. In Iggerot Moshe, Rav Moshe Feinstein takes the lenient position and rules that non-kosher wine is batul when the proportion is one to six. There is an additional halachic dispute whether the one to six ratio of nullification applies to water or to other liquids such as fruit juice and whiskey. In other words, does the principle of bitul (nullification) apply only when the non-kosher item is mixed with water or does it apply when mixed with other substances as well?

Rav Moshe takes the lenient position there too and rules that it applies to all liquids. However, in his responsa concerning both disputes, he adds that even though he rules leniently on these issues, it is worthwhile to be stringent. Rav Moshe felt that since in alcoholic beverages the ratio of non-kosher wine or other products to liquid is usually more than one to sixty, it is worthwhile to refrain from drinking alcoholic beverages that contain wine, glycerin or other non-kosher ingredients (YD, siman 62). He writes that he only drank such beverages if someone was making a lechaim and would have been insulted if he did not partake." To see the OU position in more detail click here.

I found a great website which lists kosher certified whiskies, whiskies which are permitted to drink but not certified and non-kosher whiskies. Click here for the link. It was interesting to see that some whiskies have kosher certification from the kashrut agencies but they are not listed on the bottles.

The vast majority of rabbis rely on the lenient position of Rav Moshe Feinstein for the drinking of sherry cask whiskey and I permit the drinking of these whiskies both at private homes and at synagogues. Obviously if one prefers to be more stringent and only drink kosher certified that is praiseworthy.

It goes without saying but I will state it anyway, drinking should be done responsibly and only over the legal age to drink. I do not endorse underage drinking or the promotion of alcohol to minors or a binge drinking culture.

As we are coming up to Pesah it is important to note that whiskey as well as beer and vodka are hametz and need to be part of your items that are sold before Pesah or consumed in the next few weeks.

P.S. A good friend sent me a link on a related issue. It is based on the idea that somethings may only be kosher if they don't have a hechsher . The reason being that the hechsher is done for the Jewish market and therefore everything in it must be 100% kosher even if it is less than 1/60th as we have a principle that we don't nullify something lechatchila - as best practice. Only after the fact can we nullify something. Anyway please read the link on modern Torah leadership.
Posted by askrabbihassan at 10:17