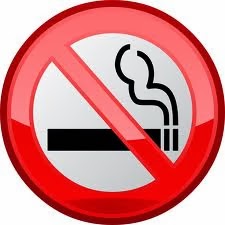 In 1976, in light of Medical findings that cigarette smoking cause harm, the Sephardic Chief Rabbi of Tel Aviv, Rabbi Hayim David Halevy, declared tobacco smoking to be a violation of Jewish law. His prohibition on smoking was widely publicized in newspapers in Israel and the United States. He then wrote a formal responsum on the topic in his Aseh lecha Rav (vol. 2 pp9-13).

In short his reasons for forbidding smoking are: 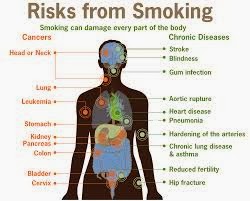 Rabbi Halevy then concludes based on the medical knowledge at hand and the words of the Torah and Rambam (who was a doctor himself) it is clear that it is forbidden to smoke and it is an obligation of every person to guard their physical health in order to serve his God with all his abilities and therefore everyone must withhold from smoking.

The Hafetz Haim (1838-1933) sought to dissuade smokers for another reason. He considered it a waste of time, and saw the practice of people borrowing cigarettes from each other as morally questionable!

Today, all of the great rabbis have come to a consensus that universally smoking is bad for one's health and so would therefore be forbidden in Jewish law. Indeed in June 30, 2006, the Vaad Halacha (Jewish law committee), sponsored by the Rabbinical Council of America, ruled that the use of tobacco is forbidden to Jews, and the committee specifically cited and reversed precedents that permitted smoking.