Birkat Cohanim in the Diaspora

One of the things that Ashkenazim notice when they go to Israel is that they do Birkat Cohanim every day in Israel, whereas in the diaspora Ashkenazim only do it at the Musaf of Yom Tov. There are also several Sephardic communities that did not/do not do Birkat Cohanim outside of Israel too. 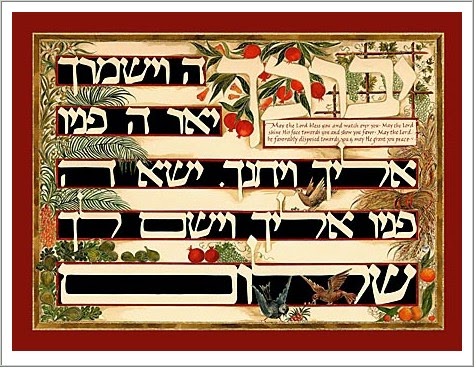 When we look at the formulation of the mitzvah of Birkat Cohanim it looks very clearly that it is a mitzva De'oraita - a positive mitzvah from the Torah for the Cohanim to bless the Jewish People every day. This is how it is codified by the Sefer HaHinuch. So how did the custom of not doing Birkat Cohanim daily start in the Diaspora?

There are three main reasons brought by Ashenazic Rabbis. The first reason cited by the Agur is that the custom was to immerse in a mikveh before doing Birkat Cohanim. This was very hard to do in the Winter in Eastern Europe so they stopped doing it every day.

The second and third reasons are brought by the Rema - Rabbi Moshe Isserles. He wrote that "It has become the practice in all these states that the Cohanim do not raise their hands in blessing except on Yom Tov, as then they are in a state of happiness because of Yom Tov and a person who is in good spirits should administer the blessing. They are not in a state of happiness on other days even on Shabbatot as they are preoccupied with thoughts concerning their sustenance and over the cessation of their work. Even on Yom Tov they only do it at Musaf as then they are about to leave synagogue and rejoice in the celebration of Yom Tov."

So basically the Ashkenazim in the 1500s were in a depressed state because of the difficulties in their lives. As in those times they were exceedingly poor and their was always a threat of Antisemitism in the air. The only time they were really happy was on Yom Tov and since Birkat Cohanim needs to be done with joy Ashkenazim stopped doing it daily. 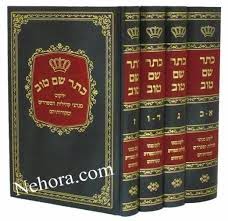 Now the Sephardic communities too are not uniform on Birkat Cohanim. Despite the fact that Rav Caro writes that it should be done daily not all Sephardic communities follow that. Rav Shem Tob Gaguine notes in his books on customs - Keter Shem Tob that "in London Birkat Cohanim is said only on Yom Tov, Rosh Hashana and Yom Kippur. The Amsterdam custom is that the Cohanim do it every Shabbat and this is the custom in Moroccan cities too. But in Israel, Syria, Turkey and Egypt the Cohanim do it every day."

Yet a teacher of mine, Rabbi Mordechai Lebhar, notes some different Sephardic customs. "The Moroccan minhag is to say Birkat Kohanim every day, in contrast to the custom in some other communities. However, several Sefaradi communities traditionally did not have the practice of saying Birkat Kohanim every day, among them the Jews of Izmir in Turkey, who said Birkat Kohanim only on days where the Torah is read, the communities of Italy and Amsterdam, who did so only on Shabbat and the Jews of Algeria, who said this blessing only during Musaf on Shabbat."

So we don't find a unified position for Sephardic communities. We have Rav Gaguine saying in Turkey they said it every day, Rabbi Lebhar noting the custom in Izmir was when the Torah was read and here in Seattle, the tradition was that in Tekirdag,Turkey they didn't do Birkat Cohanim except on Yom Tov. So why are there different Sephardic customs on this?

One answer is that Ashkenazic Pesak had an influence on some Sephardic communities. Another answer brought by the Keter Shem Tob is that they didn't always have a minyan during the week so they couldn't do Birkat Cohanim. Another answer he gives is that his community was very secular and assimilated. They wouldn't always have Cohanim present on a regular Shabbat and even if they were present they wouldn't necessarily have the ability to know how to bless the congregation! 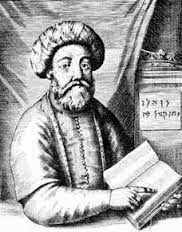 Rav Gaguine then goes into a fascinating history of the failed Mashiach - Shabbatai Tzvi. One of the things he brought into focus was an emphasis on doing Birkat Cohanim daily. It may have been that some communities were already doing Birkat Cohanim daily but after he converted to Islam, the leading Sephardic Rabbis of the day tried to back away from anything that looked like Shabbatean practice. They went from daily Birkat Cohanim to just on Yom Tov. In Amsterdam they compromised and did Birkat Cohanim on Shabbatot only.

In Seattle, my synagogue did not do Birkat Cohanim until 25 years ago. Some say because we didn't have Cohanim in the congregation who came daily or even on Shabbat. Some say because in Turkey they didn't do it because of Shabbatai Tzvi as it was in Turkey where he converted to Islam, so there the communities would most want to distance themselves from his teachings. Either way we now have several Cohanim who bless us daily and on Shabbat and it is a wonderful thing to be blessed by Hashem through the Priestly Blessing.

This write up is based on a short presentation I gave this past Shabbat Parashat Naso. Here is a link to the source Sheet. Here is the link (in Hebrew) to Rav Gaguine's piece to read. (see pages 245-247).


It’s worth noting, as it relates to the Seattle Sephardic community, that in Shu”t Tzitz Eliezer (7:6) Rabbi Avraham Shalem submitted a query on the subject to his teacher R’ Eliezer Waldenberg in 1960, shortly after he was hired as rabbi at Cong. Ezra Bessaroth in Seattle. (As an historical aside, In the beginning of his teshuva Rabbi Waldenberg writes:
“I was especially pleased to learn that, with G-d’s blessing, he (Rabbi Shalem) has found a new position that he was yearning for, a wholesome and fervent congregation (Ezra Bessaroth) that thirsts for the word of G-d….”)
When Rabbi Shalem came, he found that Ezra Bessaroth did not do birkat cohanim daily, despite the presence of cohanim, and he very much wanted to reinstitute the practice. And so he sent a letter to R’ Waldenberg for his opinion. Rabbi Shalem asked his predecessor, Rabbi Isadore Kahan, why he did not encourage the practice of birkat cohanim, and he responded that in any event, since the cohanim at his kehilla were not Shabbat observant, it wasn’t proper for them to do nesiyat kapayim.
(Rabbi Shalem disagreed with Rabbi Kahan on this point. It should also be noted, that for a brief time, Rabbi Kahan held the position as rabbi of both Ezra Bessaroth and Bikur Holim). Rabbi Waldenberg explored all these issues in the above-cited teshuva, including the tidbit about Shabetai Zevi, and concluded that indeed, birkat cohanim on a daily basis should be encouraged.
Posted by askrabbihassan at 09:13