What's an Eruv and do Sephardim use them?

Last Friday, an hour before Shabbat, the Seward Park Eruv went down. I suddenly received many calls asking for clarification of what Shabbat would be like. Throughout Shabbat many congregants were asking me questions so it made sense to me that this week's blog would be all about the Eruv.

What is it? How does it work? Who does it help? How does it go down? And most importantly can Sephardim use it?

The Talmud identifies 39 types of "work" that are forbidden on Shabbat. One of those is hoza'ah - transferring things from one domain type to another. E.g. from a public area into a private area - this is commonly known as carrying. There are certain things people wish to carry. People also want to get together with their friends after synagogue and take things with them,including their babies. They want to get together to learn, to socialize and to be a community. So our Rabbis came up with the concept of the eruv.

The eruv literally means blending or intermingling but it refers to making public domains into private domains. A technical enclosure which surrounds both private and public domains creating a large private domain in which carrying is permitted on Shabbat. Colloquially this is known as an eruv. The eruv is usually large enough to include entire neighborhoods with homes, apartments and synagogues, making it possible to carry on Shabbat, since one is never leaving one's domain.

Ideally the eruv should be a proper walled enclosure. However, a wall can be a wall even if it has many doorways creating large open spaces. This means that a wall does not have to be solid. Therefore, the eruv enclosure may be created by telephone poles, for example, which act as the vertical part of a door post in a wall, with the existing cables strung between the poles acting as the lintel of the doorframe. As such, the entire "wall" is actually a series of "doorways." Added to that there may be existing natural boundaries and fences.

How does an eruv go down? Most modern eruvs use cables and not walls. So sometimes if there is a storm a wire can break or sometimes work can be done by the power company or telephone company on one wire and this will cause the entire eruv to go down. So very occasionally like this past Friday we can have a situation where there is no eruv for Shabbat. This causes a small inconvenience for most people. All they need to do is to remember not to carry their keys and there is no problem. But for families with babies and for the elderly with canes and wheelchairs suddenly Shabbat is turned upside down. This past Shabbat Sharona and Tova had to stay at home.

Now is there a problem for Sephardim?
This is a complicated area of halakha but I will try and write as short and as clear as possible.

Rav Yosef Caro (Shulkhan Arukh O.H. 345:7) wrote that the definition of a public domain is a street that is 16 amot wide (32 feet) or more that are not enclosed. Some say that if there are not 600,000 people passing through the street every day it is not considered a public domain.

There is a general rule that whenever Rav Caro writes two laws and begins one plainly and begins the other with the words “some say” we always rule according to the plain law rather than the one introduced with “some say”. However he wrote elsewhere (O.H. 303.18) that We don’t have actual halachic public domains today, all our public domains are halachically considered as a carmelit - another domain which does not have the strict laws of a public domain.

Some Sephardic halachic decisors such as the Hida and Ben Ish Hai, rule that our main roads are considered a public domain and therefore we cannot use poles and wires to make an eruv and we need proper walls to enclose the area which would be impossible to do today. However, Hacham Ovadiah rules that Sephardim can use an eruv made of wires and poles for those who need and he is the basis for my practice of using the eruv.

Hacham Ovadiah Yosef zt"l wrote (Yabia Omer O.H. 9:33) "Those that carry on Shabbat in a public domain by an eruv made with door frames (which means wires and poles), have basis to do so, and according to many authorities it is allowed even according to Maran. The sages of Jerusalem also wrote that we have no true public domain today and an eruv of doorways therefore is sufficient to carry in these days. Nevertheless he who trembles at the word of God and completely refrains from carrying will be blessed... 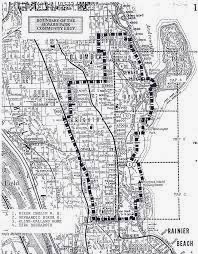 What’s more is that those who are stringent not to make an eruv are actually being exceedingly lenient, for they allow the desecration of Shabbat to continue by people carrying in a public domain"

Today, I know very few people with young families that do not use the eruv. An eruv is a blessing for a community and indeed is something that more observant families look for when moving to a new community. One should be careful to note where exactly the eruv extends to as it does not for example include "the Seward Park loop".

If you are interested in reading more on Hacham Ovadiah Yosef's thorough responsum on this subject it is available in English here.
Posted by askrabbihassan at 13:33