Whenever I move to a new Jewish community I always get asked "Are you really Sephardi?" or "You're too pale to be Sephardi!" It's as if my last name has no significance whatsoever as people are drawn to my pale features and reddish beard. Whether it was Spanish and Portuguese Synagogues, or Moroccan communities or Kehillot in Israel! 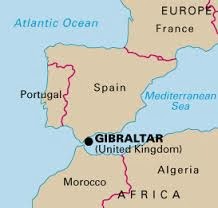 Now it's true that my mother is Ashkenazi but my father was born and raised in Gibraltar and he taught me about all our customs and how to lead the tefillot and read Sefer the Gibraltarian way. However I did grow up in Manchester, England where the Jewish community was and still is almost entirely Ashkenazi. As such, the schools in Manchester catered only to Ashkenazi students. My parents chose a school that taught Hebrew reading with a modern Hebrew pronunciation so I was spared pronouncing the books of the Torah - Bereishis, Shemos, Voyikro, Bomidbor and Devorim! 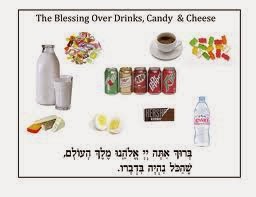 The exception to this was obviously with Kiddush when we would always say Borei Peri HaGefen and not HaGafen like Ashkenazim. But one which went under the radar for me was the bracha we say on meat, fish, dairy products, mushrooms and drinks. That Beracha is called Shehakol. I always learned it as Shehakol Nihye Bidvaro נהיֶה but most Sephardim say Shehakol Nihya Bidvaro נהיָה. What is the significance of a Segol instead of a kamatz?

The prevalent practice is that Ashkenazim say Nihye and Sephardim say Nihya. This topic is discussed by several Rabbis who wrote commentaries to the Shulkhan Arukh. The Magen Avraham (O.H. 167:8) brings proofs for saying either Nihya or Nihye. In (O.H. 204:14) he implies that Nihya is in the past tense so the phrase means "by whose word everything came to be" whereas Nihye means "by whose word everything continues to be".

However in all siddurim with an English translation whether it is Nihye or Niiya they all translate the phrase "by whose word everything came to be." The Sha'arei Teshuva and the Be'er Hetev (O.H. 204:20) are both unsure but conclude that since most people say Nihye it should be Nihye. All three of those commentators are Ashkenazi and that is the basis for most Ashkenazim saying Nihye. The custom of Chabad is to say nihya. 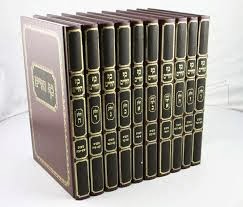 The Kaf HaChaim (O.H. 204:38) poetically writes of the significance of the bracha is acknowledging that it is through God's commands that everything comes into being from the time that God called the world into being with his 10 utterances. As it says in Sefer Devarim Chapter 8 verse 3: "That man does not live by bread alone, but by everything that comes out of the mouth of God does man live."

That our intention when we make a beracha is far more important than just going through the motions of pronouncing the words correctly. We must both correctly pronounce the words and acknowledge God's role in our day to day lives. By making the berachot  with proper intent we are partners with God.
Posted by askrabbihassan at 15:34