A lot of people have been asking me, "Is it ok to celebrate New Year and go to New Year parties?" and  "Why in Israel is the secular New Year called Sylvester Day?"

Well let's start with the origins of New Year celebrations. According to Wikipedia The Romans dedicated this day to Janus, the god of gates, doors, and beginnings. The month of January was named after Janus, who had two faces, one looking forward and the other looking backward. This suggests that New Year’s celebrations are founded on pagan traditions.

In 46 BCE the Roman Emperor Julius Caesar made adjustments to the Roman calendar, including beginning the new year on January 1 rather than in March. In practical terms, all cultures celebrate the new year according to their particular calendar and the Romans were no different. When the Roman Empire became the Holy Roman Empire under Constantine, at his mother Helena's behest, the Christian world carried on the custom of celebrating the Roman new year.

Later it became a date in the Gregorian calendar of Christendom, New Year's Day liturgically marked the Feast of the Brit of Jesus. Note That January 1st is exactly 8 days after December 25th. For hundreds of years the Catholic Church celebrated New Year as a religious holiday. The Rema writes that New Year’s day is a Christian Holiday indeed it is clear that it is the eighth day of Christmas as much as New Year’s day whose celebration must be avoided and can only be marked when long term life threatening hatred to our community will result if gifts are not given. (See Darche Moshe Y.D. 148)

In many European countries this day was named after Saint Sylvester (314-335 CE). Christianity grew under his rule and it is believed that he died on December 31. There is nothing remotely Jewish about "Sylvester Day." So why is it celebrated in Israel? Israeli society flows according to the Jewish calendar. Schools and businesses are closed on Shabbat, and the whole country shuts down on Jewish holidays like Yom Kippur. For that reason the secular/Christian new year has little significance. Yet when some ultra-secularists discovered that most of the world holds a "New Years party," they didn't want to feel left out. Yet they couldn't call it "New Years" because that title was already taken by Rosh Hashana. So the name Sylvester was adopted instead. However according to Rochel Sylvetsky, Sylvester was always a night of fear for Jews with many pogroms taking place. Similar to what happened on Christmas Eve.

But, despite the origins of New Years, today seems to be very different. There is no real sense 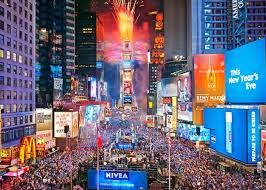 So despite the Pagan and Christian origins of New Year, today there is no hint of those origins in the current practices an celebrations. Therefore it would be permitted to celebrate albeit taking care with how one conducts him/herself. Personally I don't celebrate New Year but that might have more to do with me being boring rather than a transgression of Jewish Law!

For more information on this see Rabbi Broyde's article in full.
Posted by askrabbihassan at 11:27