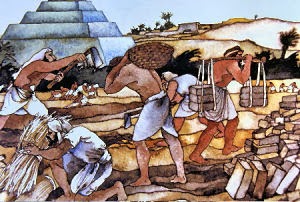 In my Parashat Hashevua class, we discussed some of the reasons why the Jews had to be slaves in Egypt. Why couldn't they just inherit the land of Israel immediately? This class is based on a shiur by Rabbi Zvi Shimon and can be read here. Here is the link to the source sheet.


To understand the answer to why the Jews had to be enslaved in Egypt we have to go back to Avraham and the Brit Bein HaBetarim - The covenant between the Parts. Avraham receives a mysterious vision from God in Bereshit 15:12-16 that "his descendents will be strangers in a land not theirs, and they shall be enslaved and oppressed for four hundred years; but I will execute judgment on the nation they shall serve, and in the end they shall go free with great wealth ... And they shall return here in the fourth generation, for the iniquity of the Amorites is not yet complete". 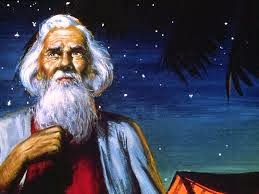 This vision implies that the reason why the Jews cannot inherit the land of Israel immediately is only because the Amorites have not used up all their ethical and moral credit yet. It doesn't explain why the Jews had to be enslaved. (I am not going to discuss here the 400 year count or why the nation that enslaved them needed to be punished).

The Radak puts the reason of the punishment on the Jews at the time of the slavery. They did not circumcise their sons and they were involved in idolatry.

Both the Gemara in Masechet Nedarim and the Biblical commentator Ramban identify the reason for the Jewish enslavement was because Avraham Avinu sinned. How did Avraham sin? They give slightly different answers based on a lack of faith of Avraham in the divine plan. According to the Ramban, Avraham should never have gone down to Egypt when there was a famine in his time that foreshadowed his descendents going down to Egypt. According to the Amora Shmuel, Avraham lacked faith in being given children in his old age.

The Abarbanel dismisses all of these questions on Avraham and comes up with a different reason for the punishment. "If we should hold that the exile in Egypt came about as a result of sin, it is improper that we should blame our father Avraham; God forbid that he would sin. It is much more plausible to attribute the sin to the sons of Yaakov. The Torah testifies to the fact that they sinned a horrible sin in their unjustified hatred towards their brother Yosef and in their plot to kill him upon his visiting them, and in their throwing him into a pit and in their selling him to the Egyptians". 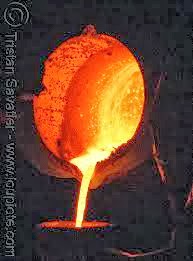 The Maharal rejects the Abarbanel's position for the central reason that the vision that Avraham had seen predated the sale of Yosef by 150 years! So we can put all the punishment theories to one side for now and discuss another option.

The Torah says in Devarim 4:20 "the Lord took you and brought you out of Egypt, that iron blast furnace, to be His very own people, as is now the case". That iron furnace according to Rashi is used to purge gold off all of its impurities. The Alshich expounds on Rashi to explain that the nation of Israel needed purging of all its spiritual impurities and imperfections of pride and selfishness. Only through going through the Egyptian exile could they learn to be compassionate, merciful and moral. It was these qualities that merited them being redeemed from Egypt and allowed their descendents to teach Ethical and compassionate monotheism to the world.

Shabbat shalom
Posted by askrabbihassan at 13:46