When I was 18 I went to spend a year in Israel on a Bnei Akiva program. 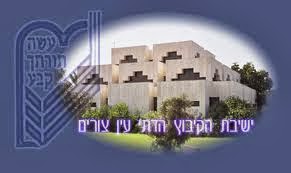 My program spent most of the year in Yeshivat Kibbutz HaDati on Kibbutz Ein Tzurim. The head of the Yeshiva was Rabbi Yoel Bin Nun and he would give at least an hour long lecture in Hebrew weekly. At that time in my life I was just beginning to learn Hebrew so it wasn't always the best time.

However, all those in the group who had a good grasp of Hebrew would always go on how good the classes were. As my Hebrew improved I realised that the person talking to us for an hour was an incredible scholar. After leaving yeshiva I found out that Rav Bin Nun was a giant in Bible study in Israel and an incredible Talmid Hakham. (I do want to state that I don't agree with all of his interpretations or his political and hashkafic positions). One of his more famous pieces is on

Why didn't Yosef ever contact his father the 22 years that he was in Egypt?

Here are the sources of the class I gave this afternoon at Island Crust Cafe. Rav Bin Nun works through the question of the Ramban "How is it that Yosef, after living many years in Egypt, having attained a high and influential position in the house of an important Egyptian official, did not send his father even one message to inform him that he was alive and comfort him? It would have been a grave sin to torment his father by leaving him in mourning and bereavement for himself and for Shimon; even if he wanted to hurt his brothers a little, how could he not feel pity for his aged father?" 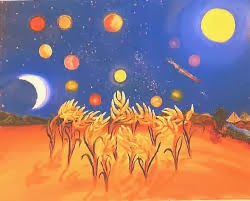 Ramban offers a couple of solutions. First that Yosef wanted to realize his dream of the sheaves of wheat bowing down to his sheaf and the dream of the sun, moon and stars bowing to him. These dreams representing Yosef's mastery over his brothers and parents. And second that Yosef wanted to test the brothers to see if they harbored ill feelings towards Binyamin aswell.

Rav Bin Nun rejects both of these solutions because the dreams had already come to pass with the brothers bowing down to him. Secondly he knew what the brothers thought because he heard them say how guilty they were when Shimon was taken. They blamed themselves for what they did to Yosef.

Rav Bin Nun suggests a novel solution to the problem. We read the stories knowing that the brothers lied to their father saying an animal must have killed Yosef as they dipped his coat in blood. This never entered Yosef's mind. He thought to himself why has my father not searched to find me. After years in prison he believed that his family had got rid of him so when he rose to prominence there was no need to write for who would care?

Indeed, it was logical for two reasons. First, when Avraham had two children Yitzchak and Yishmael, Yishmael was sent away and only Yitzchak inherited. When Yitzchak had Yaakov and Esav only Yaakov inherited. Yosef thought he was the one singled out to be pushed out by the family. Second, it was his father who sent him to check on his brothers when they sold him. Yosef may have thought that his father was in on the whole plan to get rid of him.

This tragic misunderstanding caused Yosef and Yaakov to be separated from each other for 22 years. It is often in our own family situations that we can misunderstand interactions and make the wrong conclusions. May we learn from Yosef and Yaakov's tragedy to never be the one who doesn't want to initiate dialogue or be the one to offer the hand of friendship. Life can be too short and we can miss the opportunities that God presents for us.

May we also learn to not make our perceptions of things our reality. It was Yosef who thought that his father no longer loved him so he never tried to reach out to his father. It was his brothers coming to Egypt that reawakened the self-doubt within him. When Yehuda approached him and unwittingly explained that Yaakov was still distraught from what he thought had happened that broke all the walls down. Yosef broke down and said I am Yosef. Is my father still alive?! Is it true that after all these years my father still loves me?! The perception was broken and Yaakov's family could be whole again.

Shabbat Shalom
Posted by askrabbihassan at 14:42